Patsy Flint and the origin of the Rowan History Class 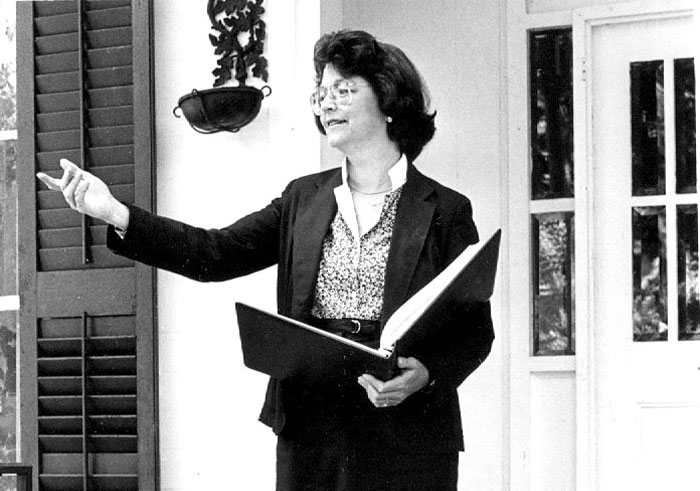 Patsy Flint, seen here in front of the Hall House, started the Rowan History Class to increase the number of tour guides for Historic Salisbury Foundation.

The story of the beginning of the popular Rowan History Class is also the story of one remarkable woman. For National Women’s History Month, Historic Salisbury Foundation honors Patsy Flint, the foundation’s first part-time tour director. Without her initiative and outside-the-box thinking, the history class may never have come to pass.

In the summer of 1982, Patsy’s husband, Matt, went to work for Ed Clement restoring Lombardy, the John Steele House on Richard Street. Matt was the perfect man for the job — an industrial engineer, shop teacher, furniture builder and house restorer. For years, the couple had operated a successful restaurant in Michigan City, Indiana. Now, in Salisbury, Patsy needed something to occupy her time. She decided to volunteer with Historic Salisbury Foundation where she conducted the first inventory of the newly purchased Grimes Mill. 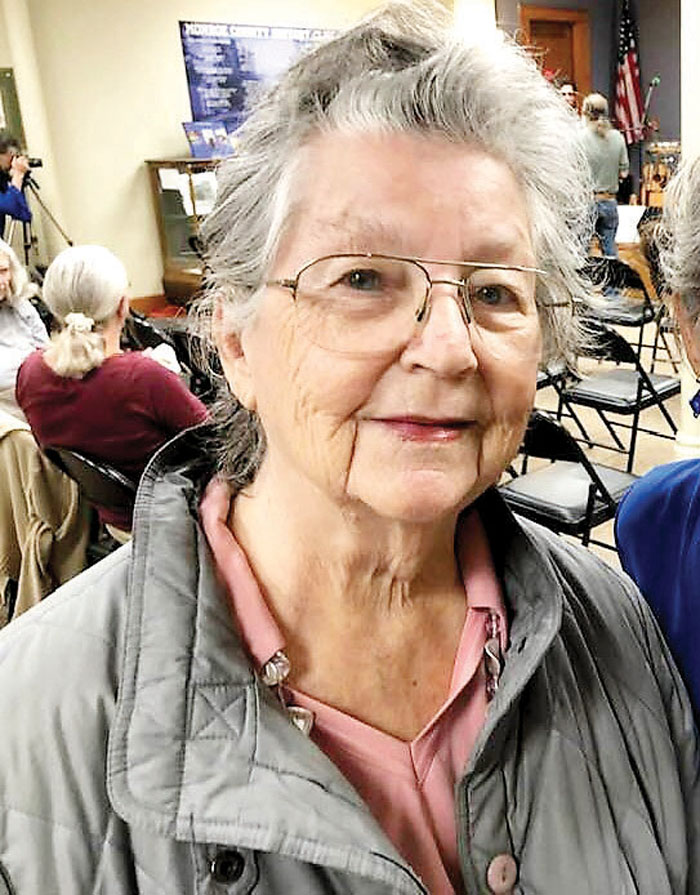 Historic preservation and walking, bus and car tours of the historic sites were new and popular activities in the early 1980s. Historic Salisbury Foundation was tour central for Salisbury and Rowan County. Anne Williams, the foundation’s first executive director, doubled as chief tour guide, but she and a small cadre of volunteers needed help keeping up with demand. Williams’ solution, which she introduced in May 1983, was to have Patsy Flint in charge of conducting all the foundation’s tours.

Flint was not without tour experience. At the restaurant, she advised customers on what to see and do in Michigan City. She also produced a series of eating guides for tourists and a city highlights brochure for the local chamber of commerce. But in Salisbury, she faced three problems: She was not a native or a teacher and lacked a southern accent. “Shouldn’t someone from here direct tours?” she asked. Anne Williams assured her that all she needed to do was shadow her or one of the other tour volunteers, go on tours in other towns to get ideas and read James Brawley’s book, “Rowan County: A Brief History.”

The few volunteer tour guides that helped Williams stayed on when Flint was hired. But they told her that they were burned out and wanted to quit. “That’s when we came up with the brilliant idea to use the Brawley book at the text for a history course,” said Flint. “The graduates of the class would become our tour guides. It was very clever!” 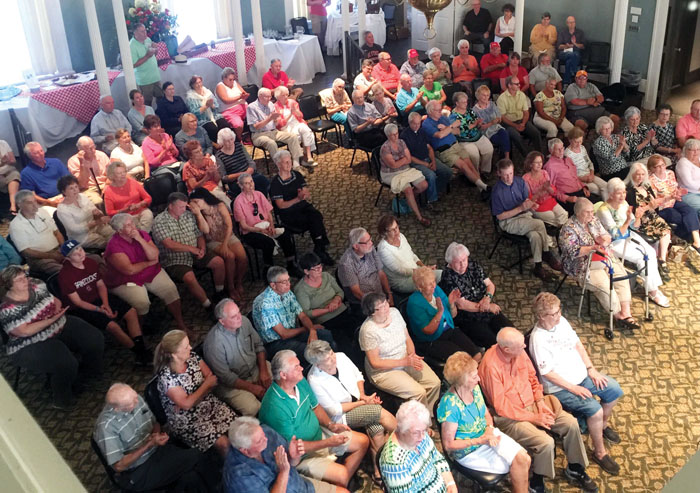 Students in the Rowan History Class in the Messinger Room at Rowan Museum, date unknown

Anne Williams taught Flint two valuable teacher tricks: Stay one chapter ahead and involve the students in the class. “Ask them what they knew about Salisbury and Rowan County,” she advised, and class time will fill up.

There was a double benefit to the foundation for sponsoring the tour guide course: All graduates served as volunteer tour guides and all were encouraged to become dues-paying members.

To protect the foundation’s investment and ensure that tour guides remained well educated, busy and motivated, Patsy Flint and Sharon McBride created the Historic Salisbury Tour Guild. The group, formed in late 1983, had their own bylaws and met monthly to socialize and learn more about local history from guest lecturers. They also took part in field trips to museums and local and regional points of interest, including other house museums.

With a large and growing supply of guides, Historic Salisbury Foundation was fully engaged in conducting tours. For a fee, they offered guided, walking, driving and site tours. All came with special group rates.

One year after the first class, Flint and her guides published a set of 15 photo postcards of Salisbury and Rowan County with proceeds from sales going to Historic Salisbury Foundation. Flint believed that Salisbury could capture a significant portion of the $3.4 billion tourists spent in North Carolina in the early 1980s.

By the early 2000s, the foundation no longer offered the tour guide class. A small group of long-tenured Hall House and Grimes Mill tour guides met the need. But the idea was still alive. Kaye Hirst, then executive director of Rowan Museum and Doug Black, board member at Historic Salisbury Foundation, met one afternoon to discuss a new class. “Both organizations could benefit from it,” said Hirst recently. The reborn and renamed Rowan History Class would be a public service by Historic Salisbury Foundation and Rowan Museum. Hirst and Black selected topics, recruited guest lecturers, set fees, arranged for historic sites to visit and updated Flint’s original plan. Teachers of local history were exempt from the registration fee.

The location of the class changed from Catawba College to the Messinger Room at the Rowan Museum and graduates were no longer required to be tour guides.

In 2021, the course evolved from in-person to video. Course documents, quizzes and the Brawley book are all downloadable. It is not too late to enroll in the new course. More information is available at the foundation and museum websites.

Patsy Flint now lives in Bloomington, Indiana, but her clever idea lives on in a new and ever evolving Rowan History Class.