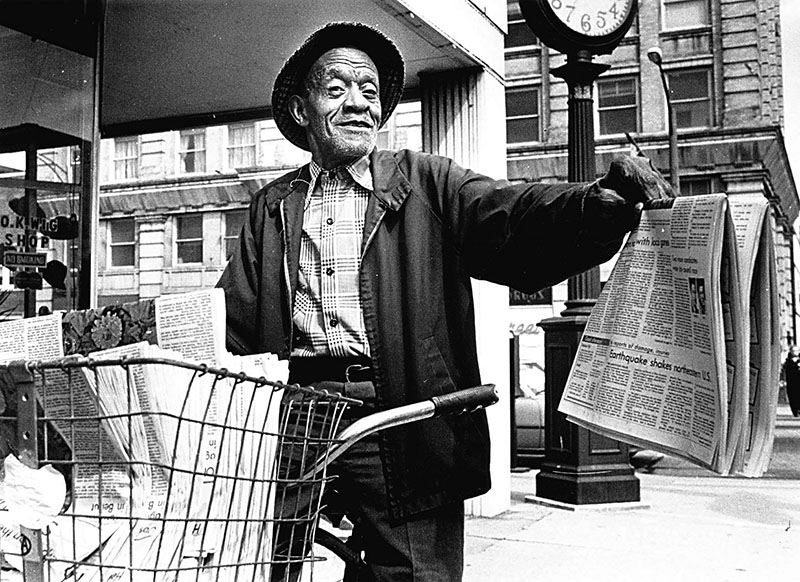 This week’s Black History Month Salisburian of note was a daily fixture in the community. Former Salisbury Post employee, Mr. Joe Juno, writes of Garland Gaither when he knew him in the 1970’s in his memoir, “INK: A Life in Letters.” “Garland started working at the newspaper in the 1930s — his job was to light the fires that melted the lead that enabled printers to set the type to produce the newspaper.

When I came to know him, the linotype machines were gone, but Garland was still delivering newspapers to his neighborhood, the black section of Salisbury. If Garland was your carrier, you got your newspaper every afternoon, and every week you paid your bill, plus an extra 10 cents for having the privilege of Mr. Garland Gaither Himself deliver your newspaper. . . . . Here was a black man who was born into Jim Crow South, where many, if not all, avenues of success were closed to him.

Yet he carved out his own route to happiness and financial security … always with a smile on his face and a hello for everyone. He washed windows and cleaned bathrooms late at night in the downtown business district. Garland was a man of stature, of substance, a man from whom life lessons could be — and were — learned.” Look for Mr. Gaither on his bicycle on the Salisbury mural on West Fisher Street!