Highlighting Delaine Tabor Fleming, who broke color barriers in nursing, and was ‘the Nightingale of our time’ 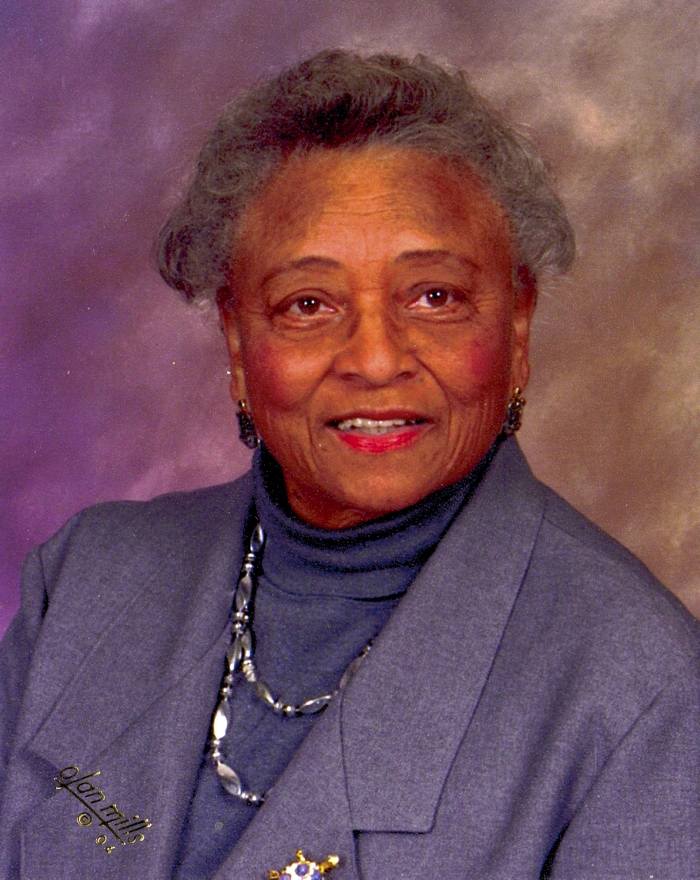 This article was originally written October 9, 2015 at The Salisbury Post.

SALISBURY — Even in the last seven years of her life spent at the Brian Center for health and rehabilitation, Delaine Tabor Fleming found ways to be a nurse, mentor, advocate and friend.

Her positive disposition served her well at the center and during her long career as a trailblazing nurse in Rowan County and North Carolina in general.

“She was the (Florence) Nightingale of our time,” said her nursing sorority sister and friend Chi-Chi Ray-Leazer.

Fleming, who died Monday at the age of 90, was the first African-American head nurse in the operating room at Rowan Memorial Hospital, today’s Novant Health Rowan Regional Medical Center.

She also served many years as a nurse at VA hospitals in Salisbury and Asheville. Ray-Leazer says Fleming’s concern for veterans never stopped.

“She was not a veteran,” Ray-Leazer said, “but she was like a soldier for the veterans. … She was an advocate and soldier herself for others.”

Besides her employment with Rowan Memorial Hospital from 1949-55. Fleming also worked as supervisor in the operating room at Kate Bidding Memorial in Winston-Salem, was the nurse for Livingstone College and head nurse in the clinic, operating room and psychiatry department at the VA Medical Center in Salisbury.

In addition, Fleming served as head nurse in the operating room at the VA hospital in Asheville, and she was a cofounder of the local Psi Chi Chapter of the Chi Eta Phi Sorority for nurses.

“I think you could say she ran a good journey,” Ray-Leazer said. “She lived nursing, believed in nursing education and believed in nurses going out into the community and helping others.”

Eleanor Qadirah said Fleming was a mentor to her nieces and nephews and inspired many of them to attend college, and beyond that, to go into the nursing profession.

Qadirah, a sister-in-law, said Fleming also was the chief medical advisor for the family and encouraged her to apply for a student dietician’s position at the Hefner VA Medical Center in Salisbury during Qadirah’s senior year in college.

That VA experience helped Qadirah in landing positions as a nutritionist in New York and establish a career in health care.

At Fleming’s death this week, many family members came together to support her only surviving brother, Robert Tabor. He was the youngest sibling in their family, and Fleming was the oldest.

During all those years Fleming was in the Brian Center, Tabor visited his sister every day.

As they went through some of Fleming’s things to help in the preparation of her funeral service, the family came across several hundred photographs, awards, certificates and degrees.

They were surprised to discover on some of the documents “her other extended name,” which included the first name of “Hattie,” Qadirah said. Throughout her life, Delaine always battled people’s tendency to leave the “e” off “Delaine,” or their insistence in spelling it as “Delane.”

Among some of the documents found for Fleming were her May 15, 1939, certificate of promotion from the North Cooleemee School to high school in Davie County, her 1943 worker’s record with the National Youth Administration, her contract to serve Livingstone College as its director of college health service in 1953 and her membership in the Pi chapter of the Chi Eta Phi Sorority in Durham in 1965.

For the National Youth Administration during World War II, Fleming was a helper in a welding shop in Rocky Mount, logging 240 hours between April 20 and July 2, 1943.

The Livingstone College contract showed Fleming agreed to a salary for the 1953-54 school year of $2,025, paid to her in nine installments of $225 each.

The memories the family found spread out before them also included a photograph of Fleming as a member of the Nurse Cadet Corps in 1947.

In a piece written several years ago for the Salisbury Post, Warren Fleming, Delaine’s nephew, said his aunt knew by the age of 9 she wanted to be a nurse.

Fleming was born in Iredell County. Her parents, Robert and Josie Tabor, had six children, and they moved their family to Davie County in the early 1930s. The Tabors worked as sharecroppers until moving to the Hawkinstown community in Rowan County.

Tabor Drive in Hawkinstown is named for Fleming’s family, many of whom built homes there. Fleming lived at 244 Tabor Drive until she became a resident at the Brian Center in her last years.

In the segregated Davie County Schools of her day, Delaine Lizzie Tabor graduated with honors and began her nurse’s training at Good Shepard Health Clinic in Cooleemee.

Margaret Green, a registered nurse and supervisor for the clinic, taught Delaine some of the basics such as sterilization of needles and the preparation of bandages. She showed an early interest in the Nurse Cadet Corps, which started during World War II to help in addressing the shortage of nurses.

Women between 17 and 35 were eligible to enroll as cadet nurses. The candidates who qualified received subsidized educations and a monthly stipend for personal expenses while they trained and served.

Warren Fleming said the program included 30 months of study during which a cadet progressed from pre-cadet status to junior cadet to senior cadet in her final months.

During the summer of 1947, Delaine asked Green to meet with her and her mother to talk about Delaine’s applying for the Nurse Cadet Corps.

“Despite the risks associated with promoting African-American women at that time,” Warren Fleming wrote, “Nurse Green’s belief in the dedication and commitment and skills Delaine demonstrated convinced her to support Delaine.”

Green contacted a friend who was the director of the Nurse Cadet Corps at Community Hospital in Wilmington, and Delaine was accepted.

Fleming graduated with honors as a nurse cadet and was eligible to take the N.C. State Board of Nursing examination. While she waited back home for the results of that test, she took a temporary job at Rowan Memorial Hospital and also became acquainted with Salisbury’s Margaret C. Woodson, a strong hospital supporter.

Although Rowan Memorial Hospital was still segregated in terms of patient care, the doctors’ laboratory and X-ray department were not.

“Delaine remembers how supportive her coworkers, nurses and doctors were,” Warren Fleming wrote. “This made her job easier.”

Delaine received her license, and in 1950, she married her childhood sweetheart, Everett Fleming. They would divorce many years later.

As she progressed in her nursing career, Delaine Fleming graduated from Community Hospital in Raleigh and from N.C. Central University in Durham.

In an interview several years ago, Fleming attributed her success to her mother, Green, Woodson, the staff at Rowan Memorial Hospital and her coworkers in Asheville.

She said her greatest accomplishment as a nurse was “the care I was able to provide my mother until she died.”

“As we begin to experience the stories of more geriatrics over the age of 90,” Qadirah said, “the more they are respected for their contributions to several generations.”

Ray-Leazer, who also visited Fleming often at the Brian Center, said her friend was a person who had a smile for everyone.

“No matter what, Delaine would always find good in people,” Ray-Leazer said. “That’s something she taught me.”

Ray-Leazer added she never saw Fleming in a bad mood.

“She was so popular at the nursing home,” Ray-Leazer said. “It meant as much to the patients to see her as it meant to her seeing them. She was ministering to them.”

Read more about the history of Rowan County nurses.