SALISBURY — At one time, this was a place to come for bolts, seeds, work gloves, tomatoes and birdhouses.

Thursday night, it was a stop for sampling New Sarum beers and taking a tour through an ambitious restoration and adaptive reuse project being conducted by Diane and Michael Young.

The Youngs — Diane is serving as the general contractor — are transforming the former O.O. Rufty General Store at 126 E. Innes St. and making it home for first-floor retail, storage rental units in the basement and six apartments throughout the 12,000-square-foot building.

The restoration-in-progress served as the kickoff for Historic Salisbury Foundation’s fourth summer of History on Tap events that combine some history and preservation with beer, to put it simply.

“This is a great project,” HSF Executive Director Karen Hobson said in introductory remarks to one tour group. The building, which dates back to 1922-24, is historic (qualifying for historic preservation tax credits) and nostalgic for many longtime Salisburians who frequented the general store. 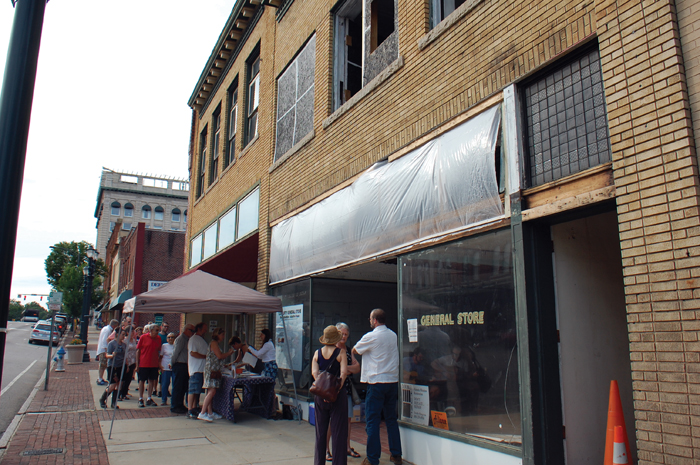 Quotes of the week: ‘An effort to help people learn how to take care of their historic homes’